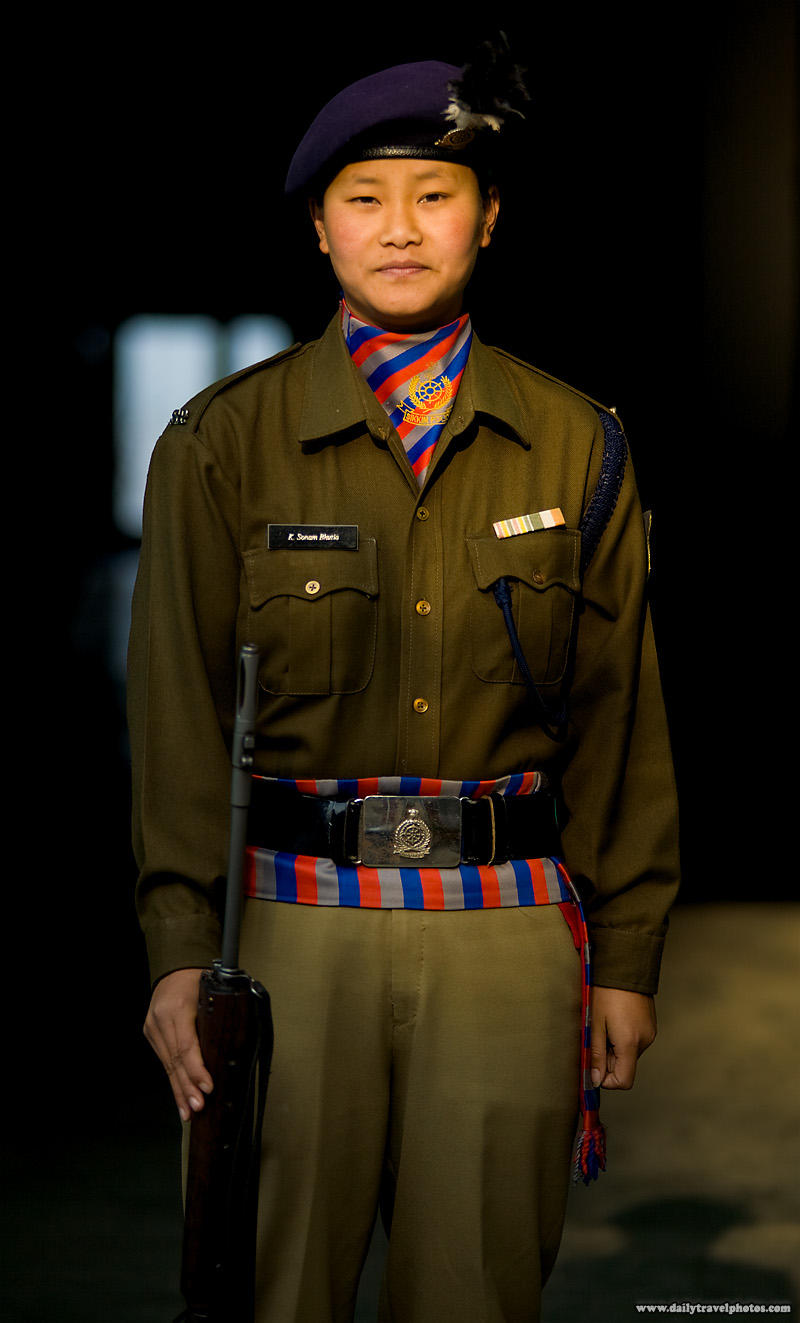 If I had to guess, I'd say she's Indian but of Nepali descent. The northern portion of India is a fascinating crossroads of ethnic diversity that'll redefine the stereotypical idea of an "Indian citizen".