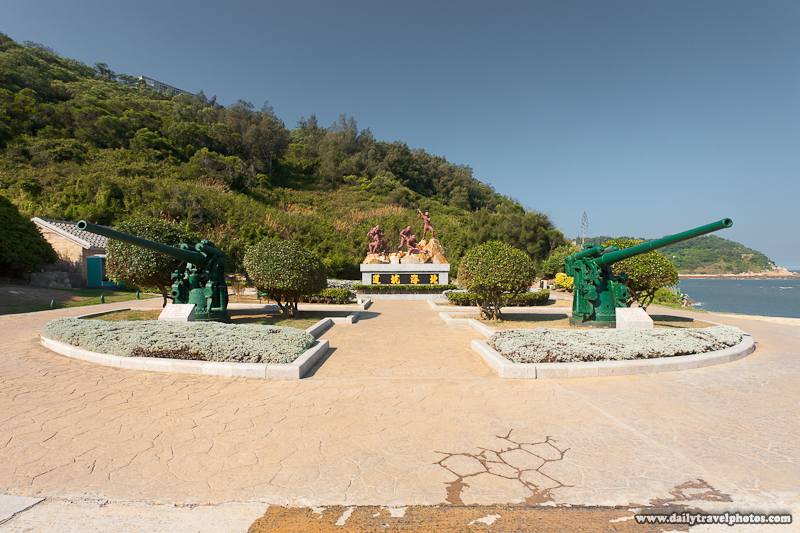 The entrance to the Nangan Beihai military tunnel in the Matsu Islands of Taiwan.

Once a military stronghold meant to house marine vessels, Beihai tunnel is now open to the public and is a must-see for any visitor to the Matsu islands. The inside of the Beihai tunnels were shown last week in a long-exposure photo. Other than experiencing and observing the painstakingly carved out tunnels, tourist activities now include being able to canoe around the tunnels as the tides permit.

One of the greatest aspects of touring an area that's now being heavily promoted with the help of healthy doses of government largess is that nearly every tourist site on Matsu is free. Everything we visited, including the Beihai tunnels and countless museums, is currently without an entrance fee. In addition, I was pleasantly surprised by the Chinglish-free tourism literature that one picks up free at the airport or tourist information center. Two separate brochures titled, "Let's Go Backpacking in Matsu" and "Let's Go Matsu: 100 reasons to fall in love with Matsu" are teeming with useful and essential information for any visit to Matsu. There is an online version of the former piece of literature available to help plan a trip before coming to the islands. Furthermore, the locals proudly recall the news that their very own Matsu islands were recently included in the Taiwan edition of Lonely Planet. Visitors have a wealth of information at their fingertips before and during any trip to Matsu! 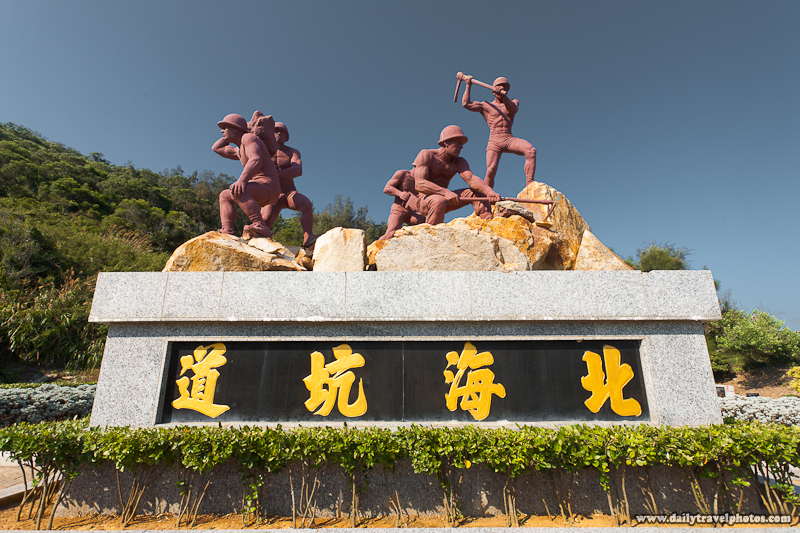 A statue commemorating the arduous construction of the Beihai tunnels in Nangan, Matsu Islands.

The construction of the tunnel required two divisions, three infantry battalions, one combat engineer battalion and one dump truck company working around the clock in three shifts. The Beihai (Nangan) tunnel required 820 days to complete and were almost exclusively carved out by soldier man-power. Mind you, Beihai tunnel is just one of many hand-dug tunnels on the islands of Matsu. The amount of labor required for the creation of these tunnels easily boggles the mind.