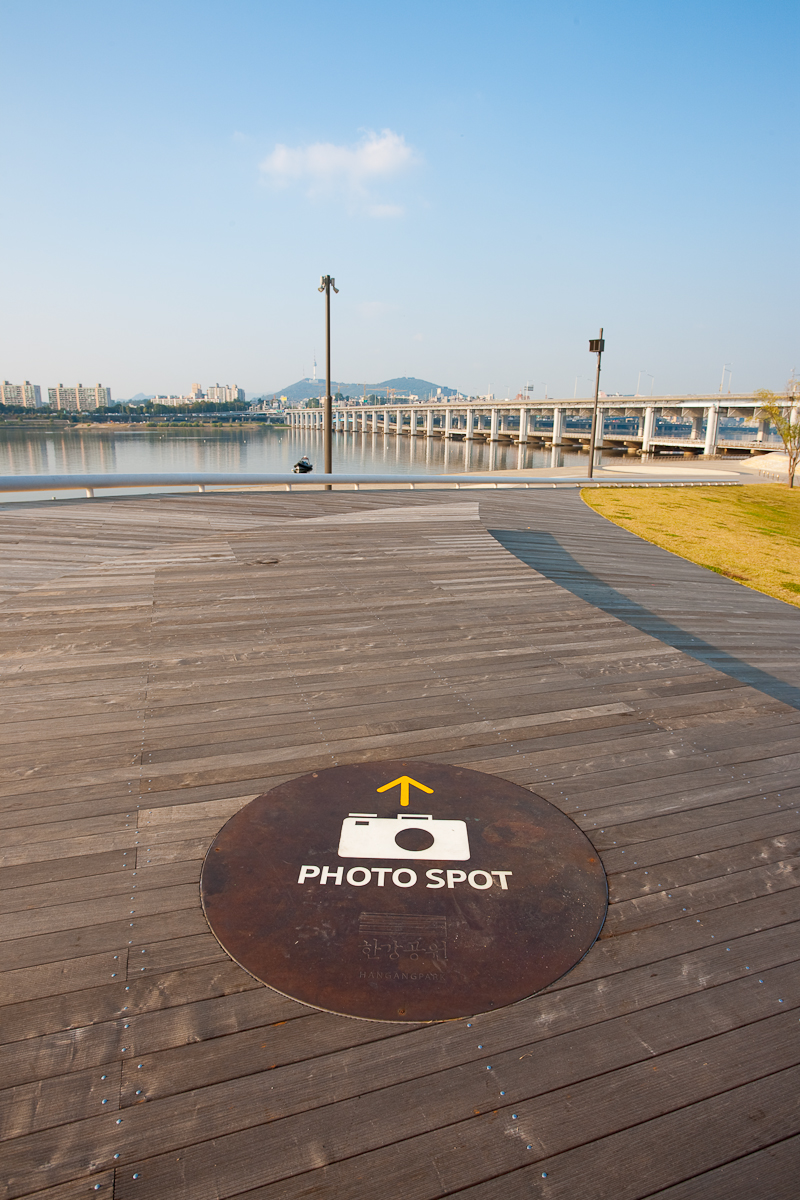 A clearly-marked and officially sanctioned point from which to take a photo of the Banpo Bridge (ARCHIVED PHOTO on the weekends - originally photographed 2009/10/14).

Thank the good lord and baby Vishnu for this disk. I'd initially pointed my camera in the reverse direction directly at the base of a tree until I was mercifully corrected by the almighty "photo spot" marker. ;-)