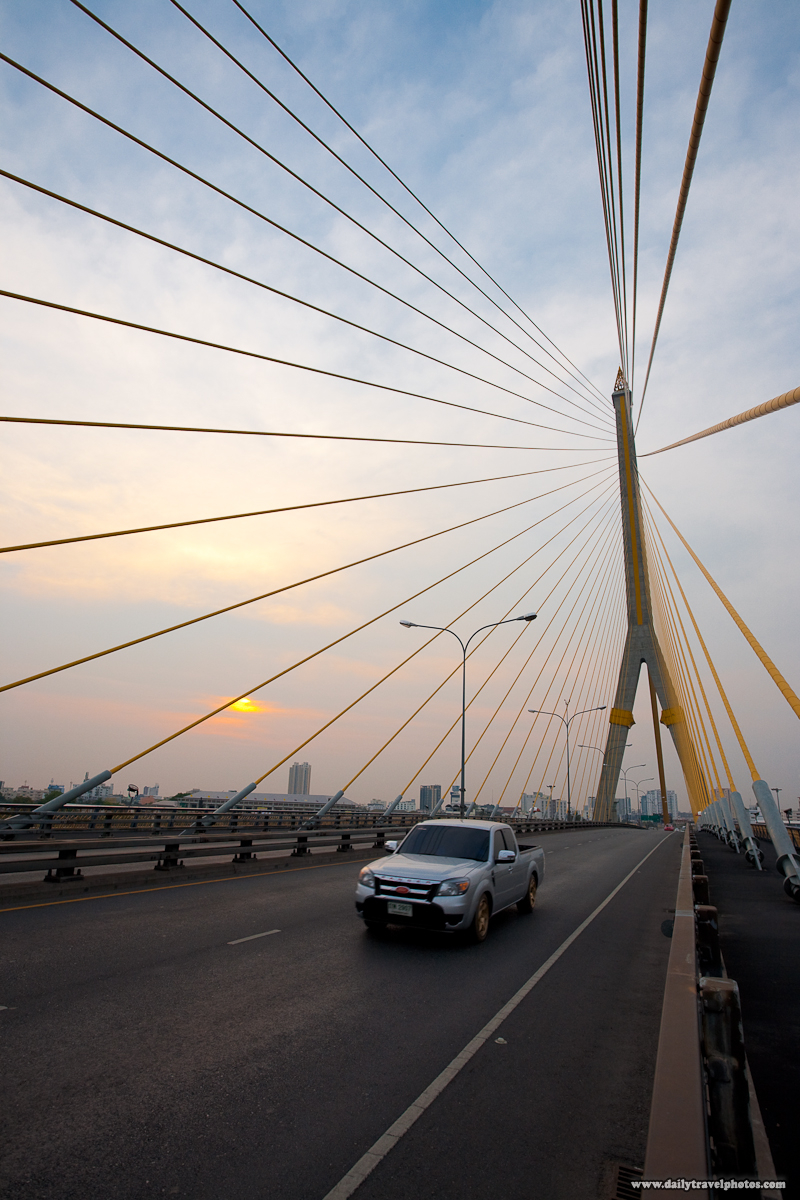 A beautiful sunset at the Rama VIII cable-stayed suspension bridge near Kao San Road in Bangkok.

With spring comes much more humidity and generally more cloudy skies in Bangkok. A freak daytime thunderstorm cleared away much of the smog and cloud cover to allow a timely photo of the evening's sunset. 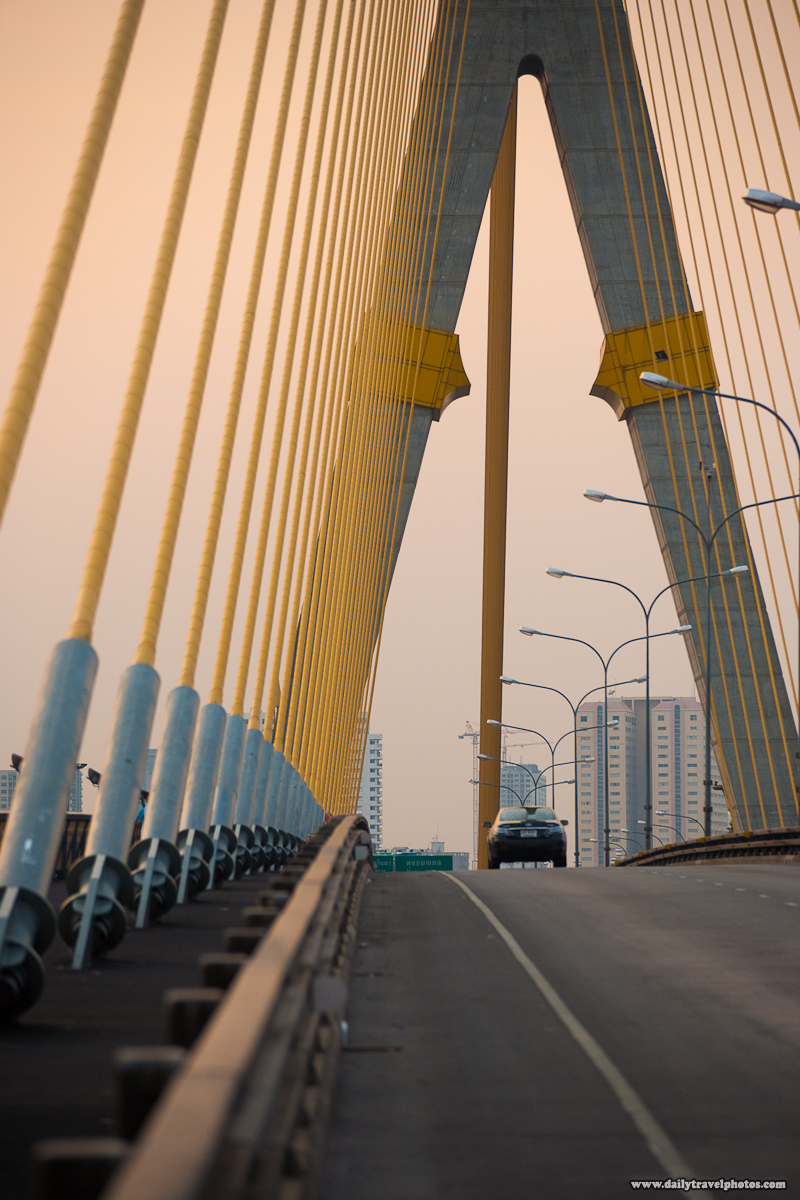 It's rare to see such little traffic on any of the roads in Bangkok. If I were to hazard a guess, I'd say there's yet another red-shirt protest just up the street. That area in particular is generally the location that anti-government groups hold their rallies and clog the roads for miles.

I love the first picture!

Thanks David. This bridge has been a pain to photograph. It looks so beautiful but nothing short of a fisheye lens would capture what I wanted to capture though that first photo comes close.