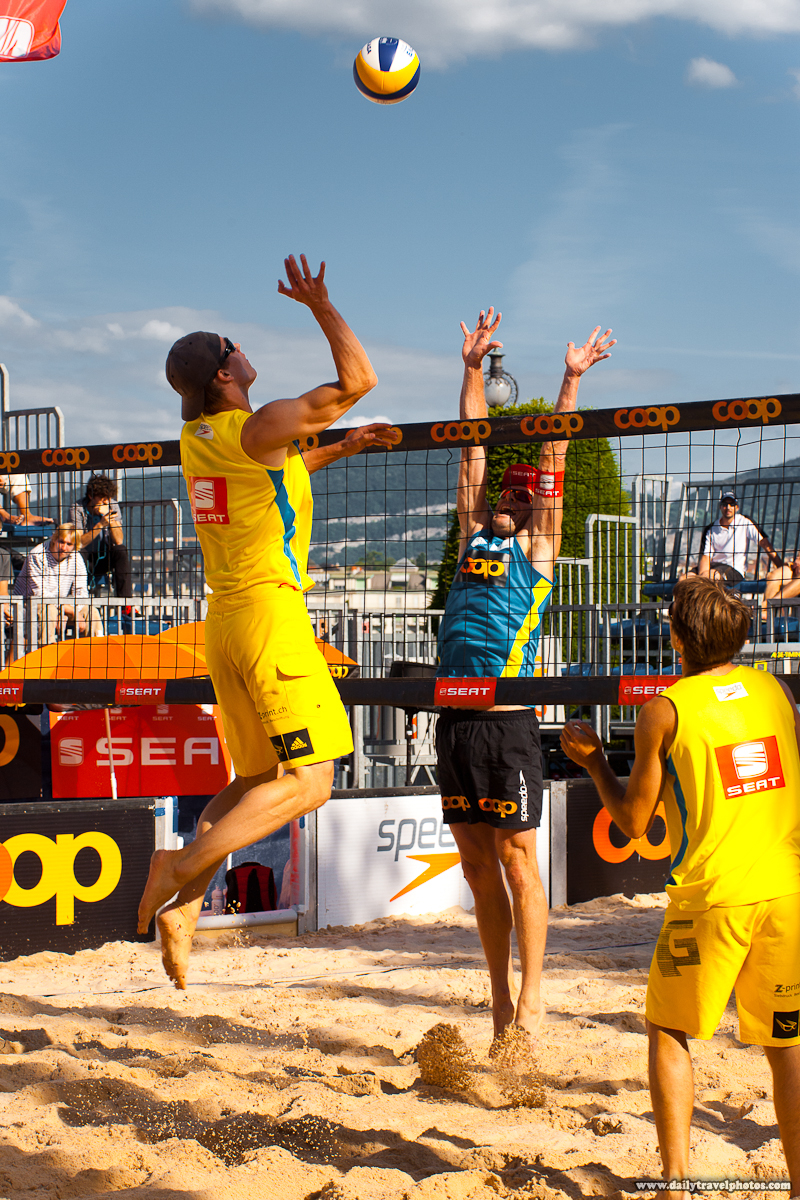 A men's beach volleyball player jumps sky-high for a spike during a tournament sponsored by Coop in Geneva.

A bit of lucky timing on my part to capture this player at the peak of his jump. The Canon 5D is capable of only 3 frames per second so I only take one well-timed frame per action shot. Bursting several frames is a complete shot in the dark so it's better to anticipate plays and snap a single shot of the action then pray you nailed it. 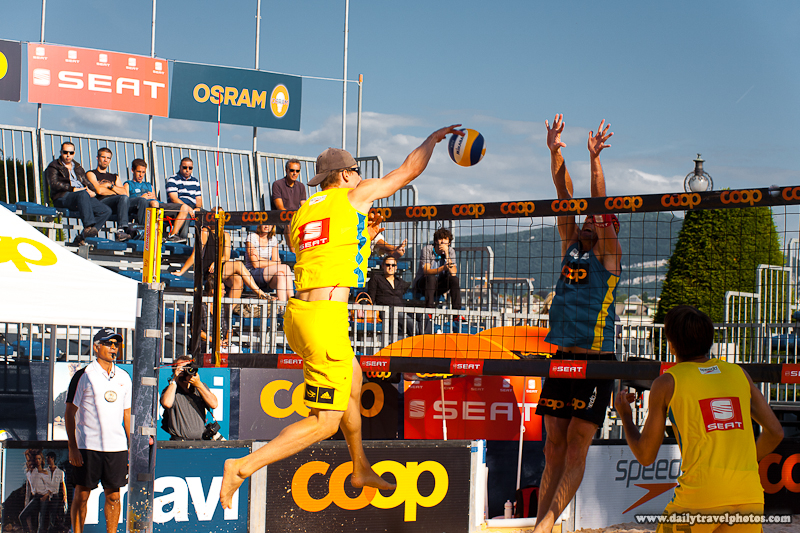 If I remember this play correctly, I believe the ball went nearly straight down into the sand.