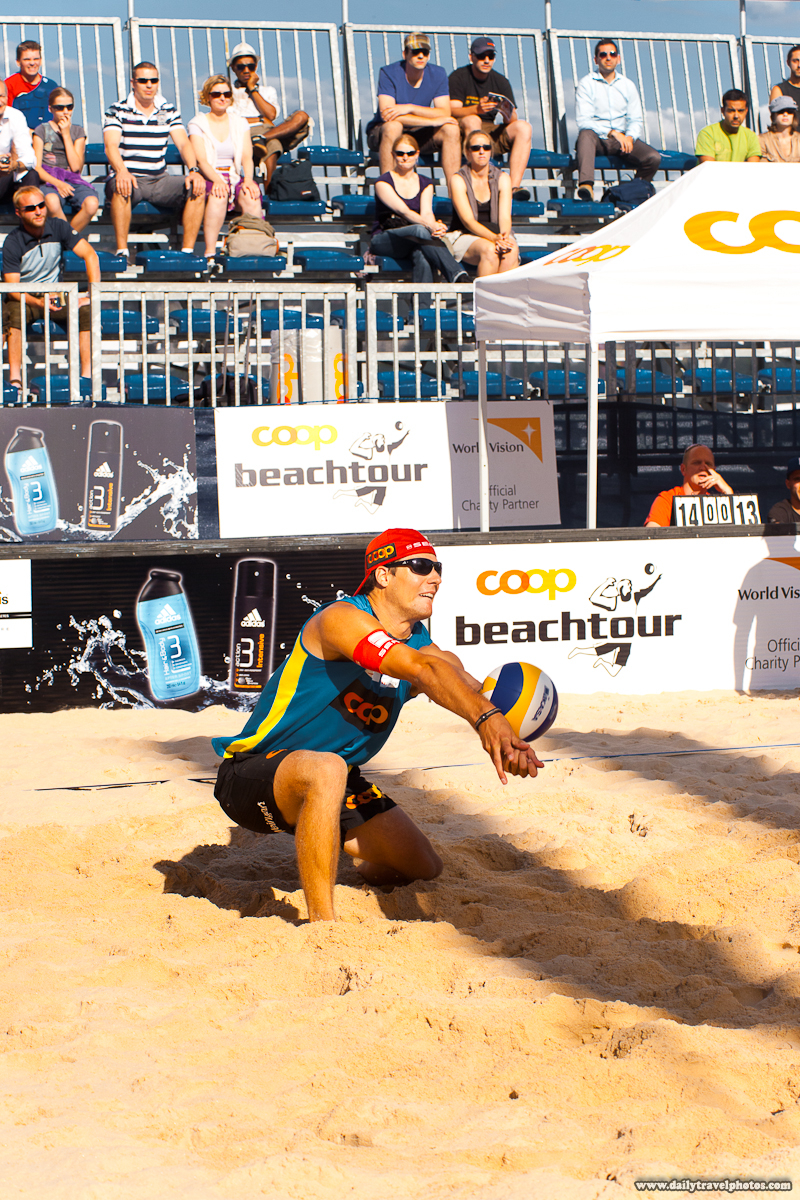 A handsome men's beach volleyball player digs a spiked ball in at a Coop sponsored volleyball tournament in Geneva.

Many of these timed photos were the result of repeated attempts at capturing the idea I had in mind at the moment. As mentioned yesterday, my Canon 5D's lackluster burst rate requires perfect timing to capture fast-moving sports. For each group of photos I took, I had a concept in mind. In this case, the concept was a "dug" spike return which I repeated for several shots until I had the correct framing and focus. Once I was satisfied with the results on my LCD screen, I moved onto my next concept, for example, a player leaping into the air for a spike (see next photo). 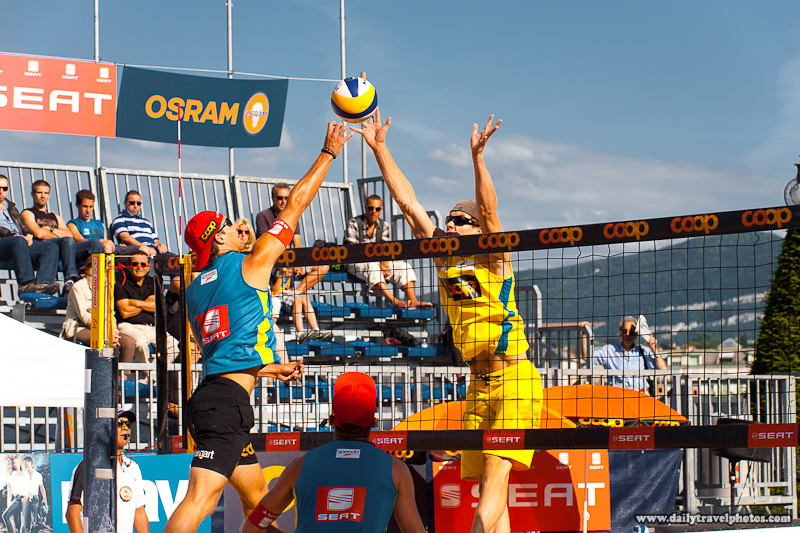 A good-looking men's beach volleyball player finesses the ball for a drop shot over the defender.

As a male photographer, I feel it necessary to occasionally balance out the beautiful women I photographically present on this site with the occasional handsome guy. I left it to my girlfriend, Lady Travelguy, to select the most dashing men's player in the tournament which turned out to be the playa' in the red hat shown above.