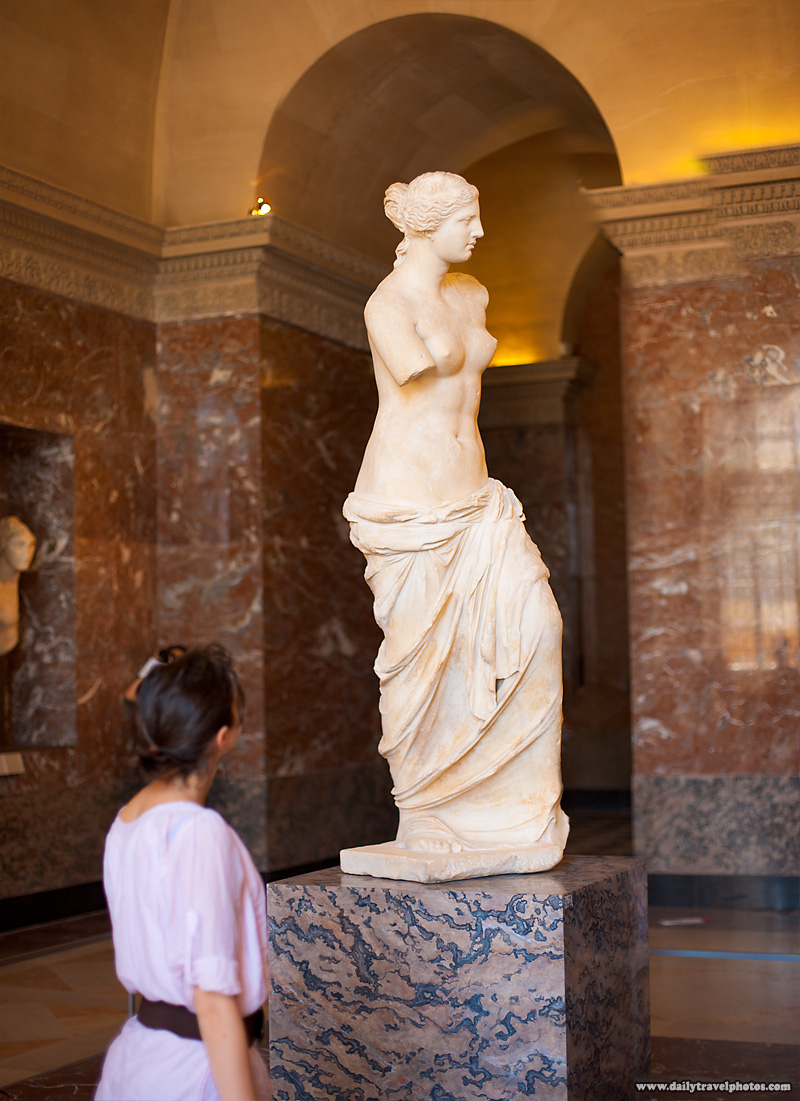 A lone tourist admires the Venus de Milo statue at the Louvre museum in Paris.

Don't get your panties in a bunch just yet, folks. Contrary to what the photo may show, I didn't have this famous statue to myself. In fact the room was absolutely crawling with Chinese tourists and other fame-chasers. Through patience and a relatively steady hand, I managed to capture dozens of frames which, when combined, provided just enough bits of empty space to give the appearance of a tourist-less photo. Thanks to Lady Travelguy (the lone tourist) who patiently didn't move for nearly 20 minutes of intermittent photo taking.