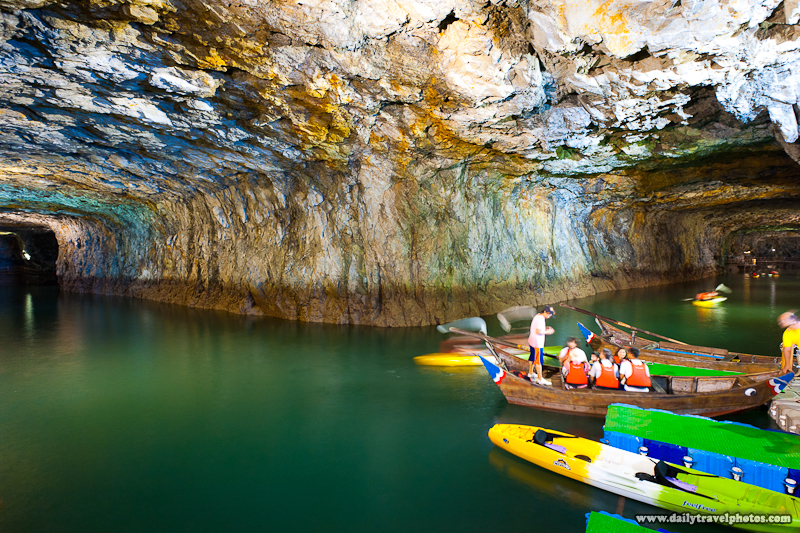 A military tunnel built to house naval vessels is used as a tourist attraction on Nangan island, Matsu, Taiwan.

Matsu's proximity to the Chinese mainland (approximately 5km away) made it an obvious target for attack by communist forces. The islands have always been built up with military facilities. Nowadays as the relations between the two nations are at their highest point ever, military installations and deployment are being whittled down on the islands and the facilities handed over to the local government for its own use.

Above is a man-made cave painstakingly created by the military over the course of over three years. Originally, it was intended to securely house naval vessels. Currently, it's used by tourists to observe the military history of the islands by floating around the labyrinth in a canoe. 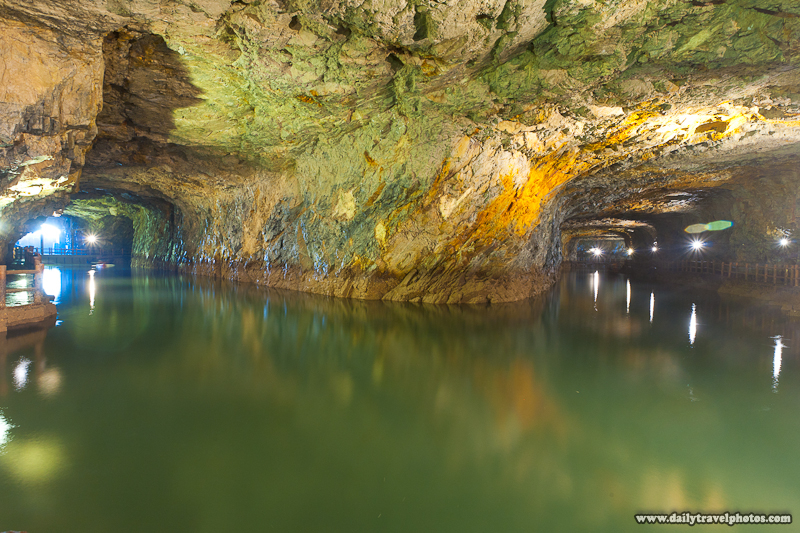 Nice gig you got yourself here. Great images. Hope all is well.