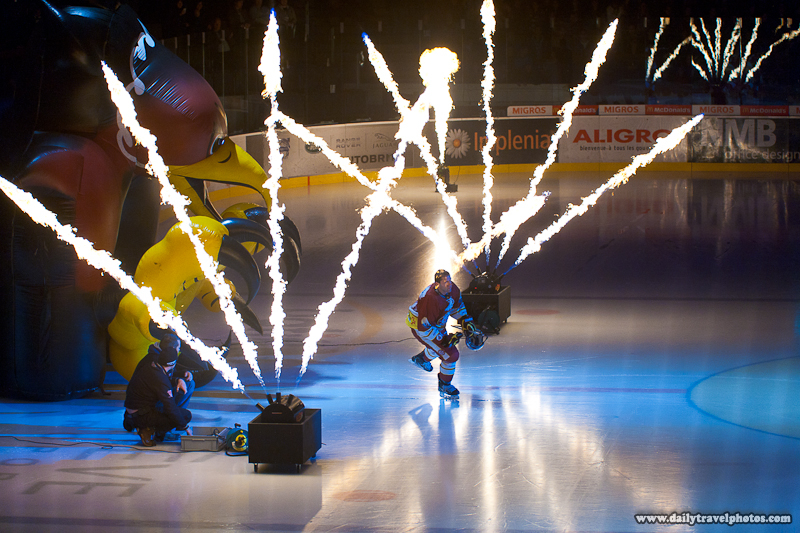 A Geneva-Servette, "Wild Eagle" skates onto the ice during pyrotechnic-enhanced introductions.

Outside of travel and photography, I'd list ice hockey as a close third of my greatest interests. So when I discovered that Geneva had a professional hockey team with a smattering of ex-NHL players, I was all over that like stink on a turd. Frankly, I wasn't expecting too much so I was surprised to discover the skill level to be astonishingly good. There definitely wasn't as much aggression and physicality like the NHL but there was far less of the clutching and grabbing that mar the North American games. Add to that, a larger skating surface and you see some great finesse hockey, a real joy to watch! Personally, I can do without the pyrotechnics though. 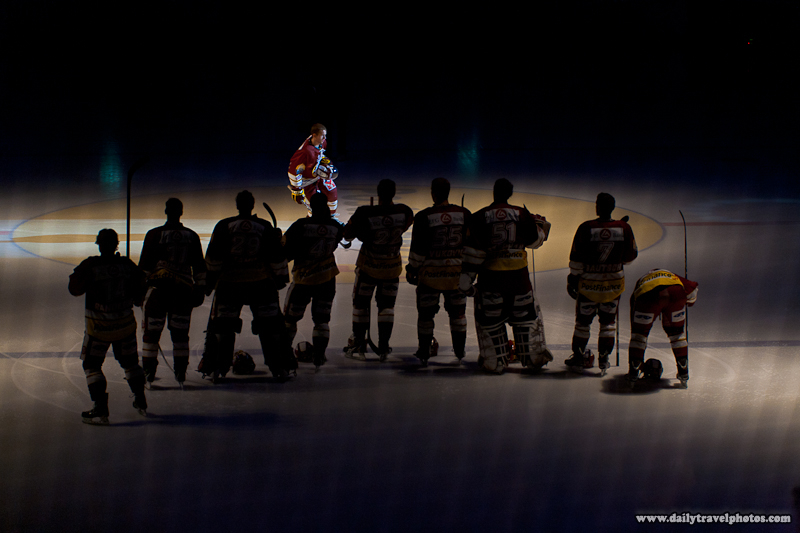 Teammates await the introduction of a player at a Geneva-Servette ice hockey game.