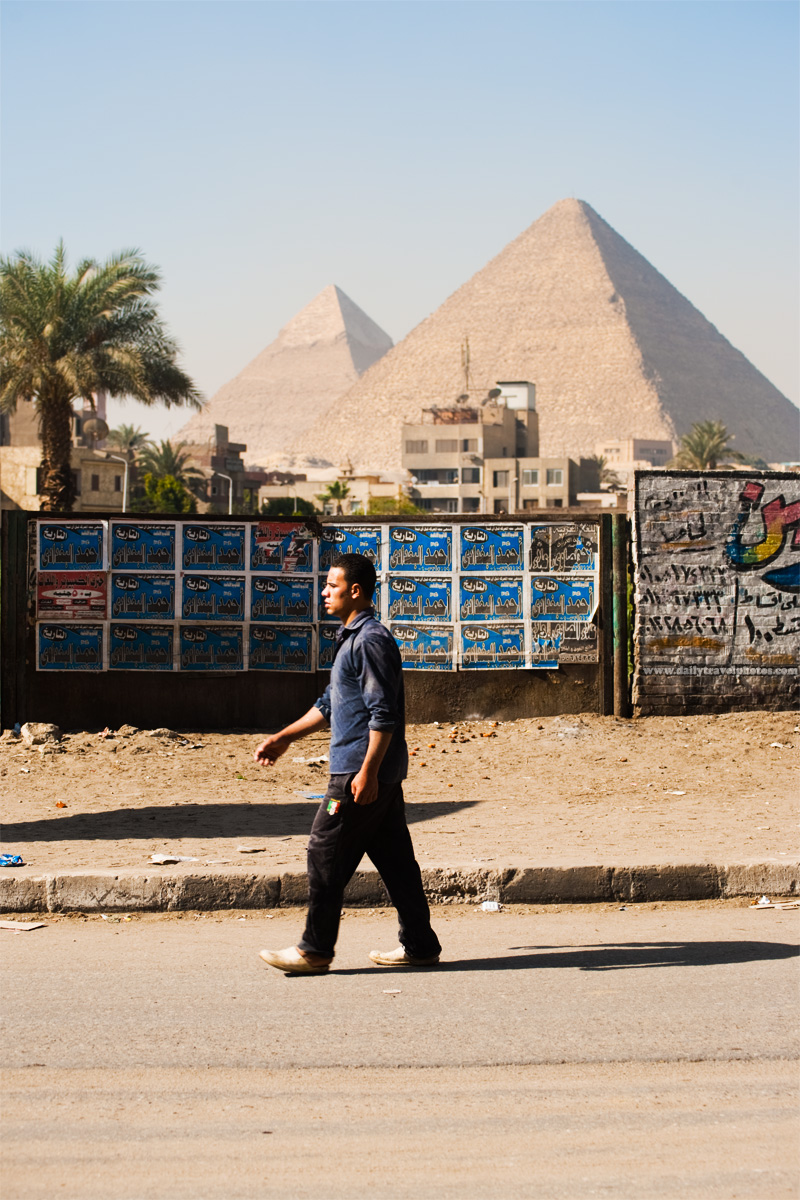 An Egyptian man walks on a road adjacent to the Great Pyramids of Giza.

On my fifth trip to Giza from my downtown hotel, the smog finally presented little problem. I paid for my entry into the desert, which includes the ability to stand side by side with the only wonder of the ancient world that remains standing today. It was my second time inside the necropolis but my skin crawled with goosebumps - again - as a result of standing among such an incredible historical marvel. Surely the feeling must have worn off a little on this Egyptian man. 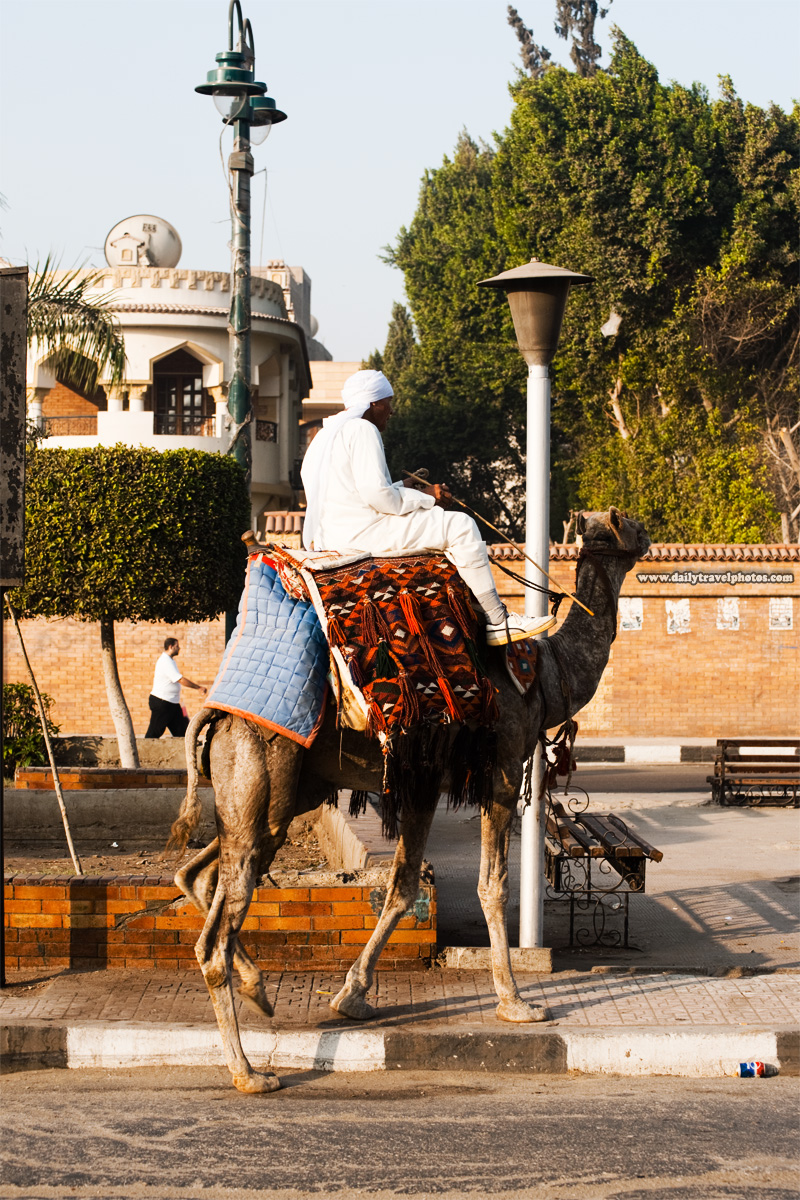 A camel tout rides his way to work at the pyramids of Giza.

It's an odd spectacle. A camel crosses the street in downtown Giza to begin a long day of harassing foreign tourists. I don't know the exact going rate for a camel ride but definitely don't pay the US$60 I saw one woman coerced into paying. The touts in Giza are some of the worst I've seen in the developing world... which is saying quite a lot.