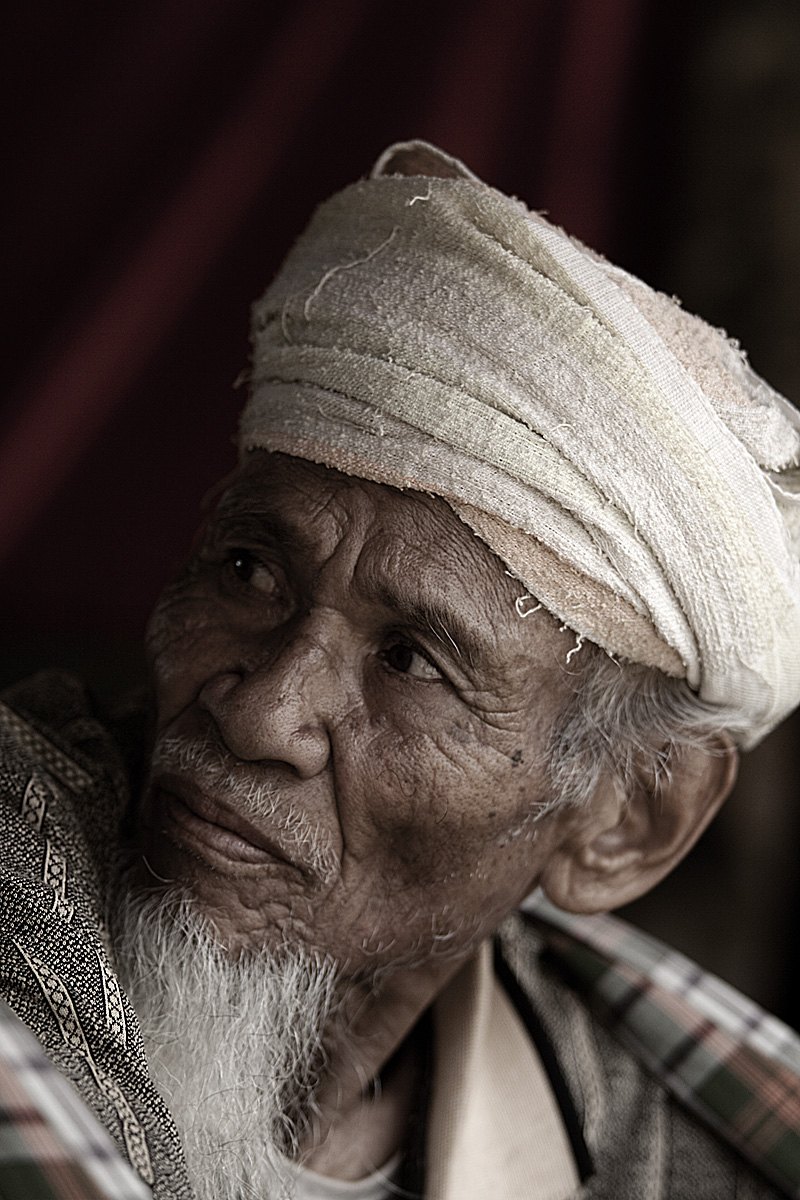 A local man waits in a covered roadside platform. His face has an incredible amount of character but what drew me to him was the fact that he had so many scarves draped on his person. Being in an overwhelmingly Christian area that isn't known for a certain style of dress, I can only speculate that his wardrobe didn't involve any particular religion. Maybe the man just enjoys himself a scarf or three.