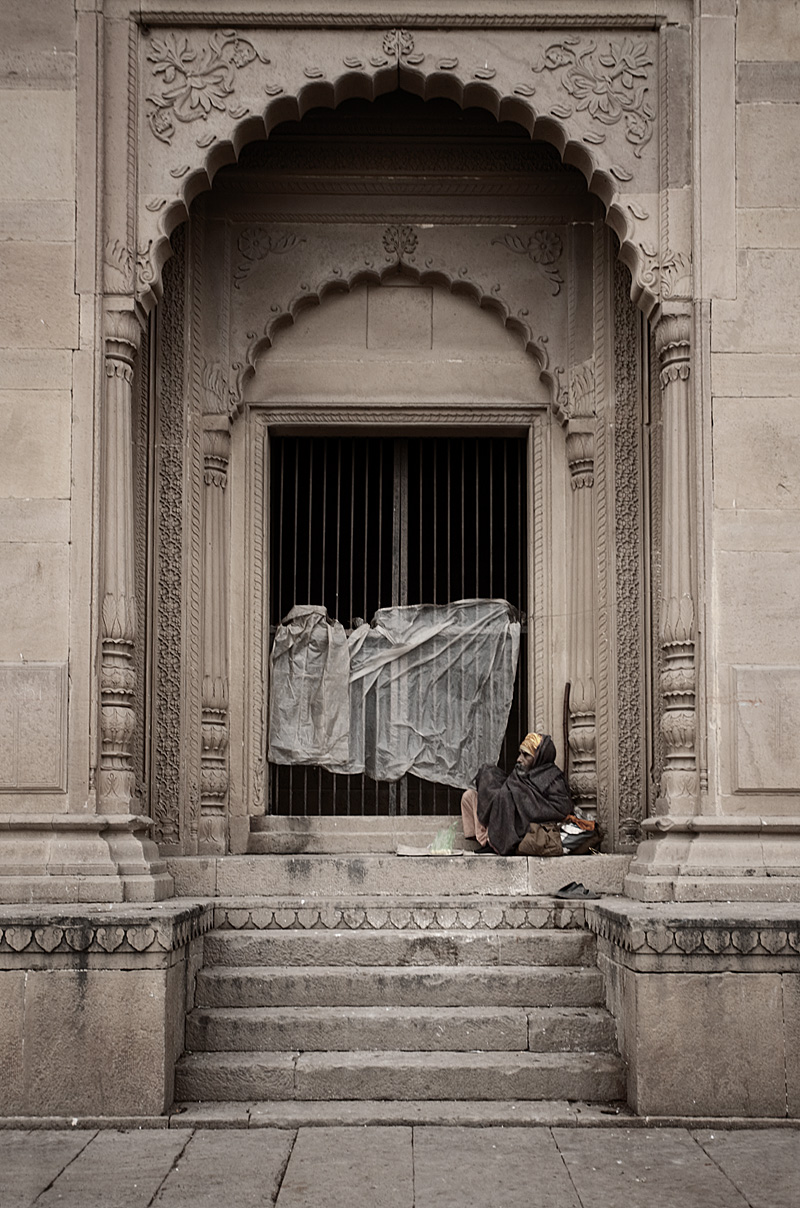 A homeless man finds shelter in the doorway of one of the many abandoned palaces along the river Ganges.

In an attempt to capture a candid photo of the man, I raised my camera and snapped a photo quickly but the unfortunate side-effect was a not so crisp photo.