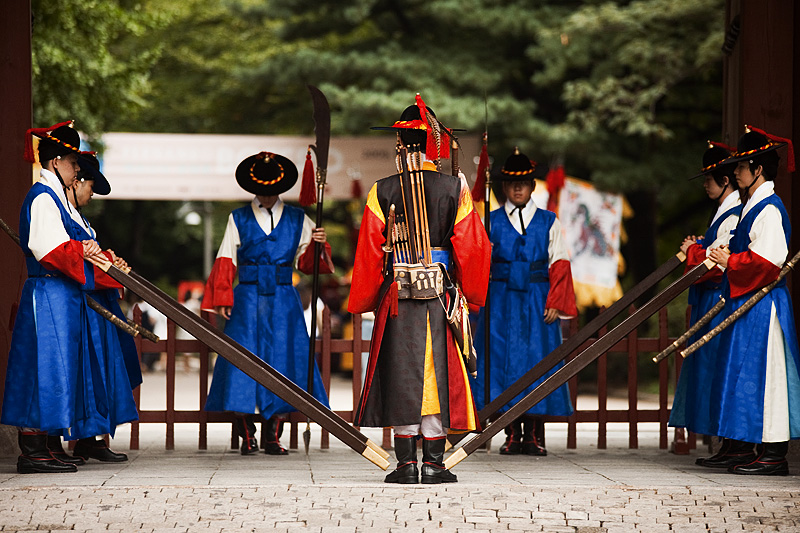 Protecting the palace gates (ëŒ€í•œë¬¸) during the daily changing of the guards ceremony at Deoksugung (ë•ìˆ˜ê¶) palace.

Today, Korea celebrates Chuseok (ì¶"ì„), the local equivalent of American thanksgiving but with a large dose of ancestral worship mixed in. As a result, I wanted to go a little bit more traditional for today's post.

Hopefully, I can post some photos of my own family's chuseok celebration soon but I should note, unlike our American thanksgiving, Koreans don't sit around, overdose on fowl then watch the Detroit Lions (American football) get humiliated. Instead, in true Korean work-ethic fashion, we made a steep climb to our ancestral burial ground carrying heavy farming equipment in order to maintain the landscape surrounding the burial tombs. Afterwards, we sat around, overdosed on rice cakes and watched Korean variety show contestants get humiliated. 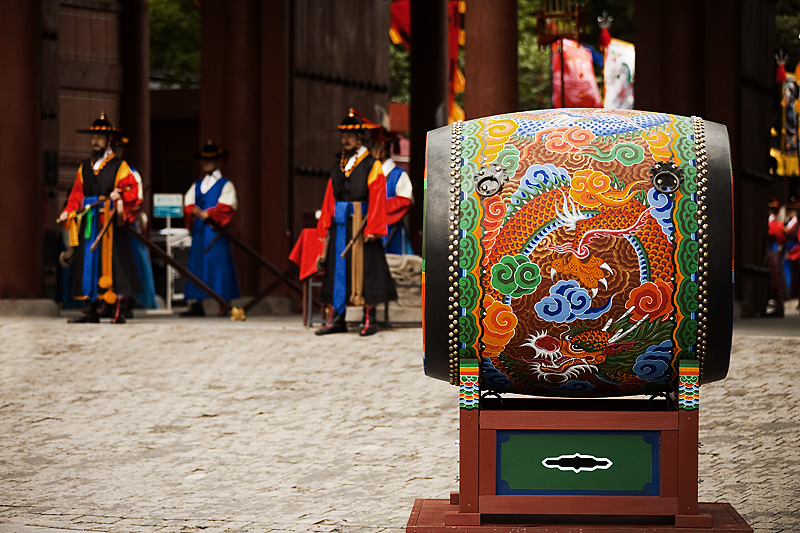 A preposterously large drum used to signal the beginning of the palace guard change.

Wishing you and your family a happy Chuseok!