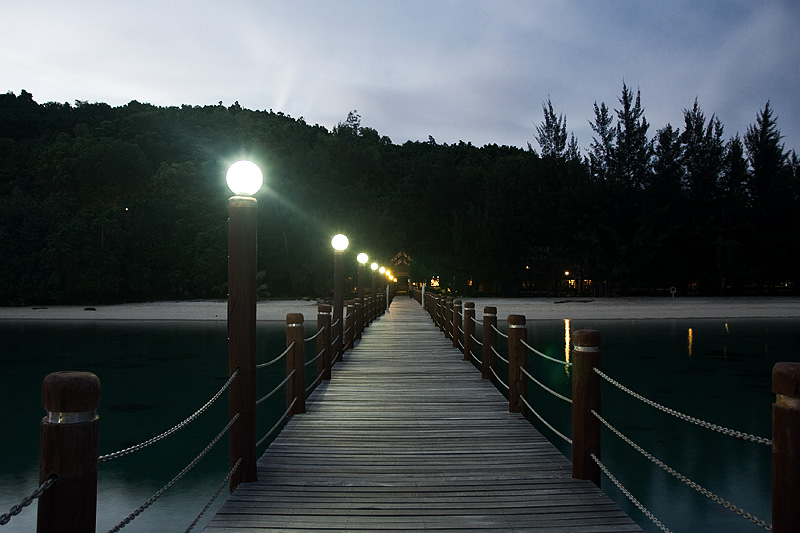 A pier at dusk leading to a resort's reception desk.

After sunset-only photos, the most cliche photo, in my opinion, is the straight pier shot. These photos were taken early in my photography career when I mistakenly thought the world would be a better place with several more photos of piers. In the years since, I've seen all manner of brainless pier photos such as these cluttering up the internet alongside brainless sunset/sunrise photos. Not an ounce of creativity went into the production of the photos on this page. You've been warned. 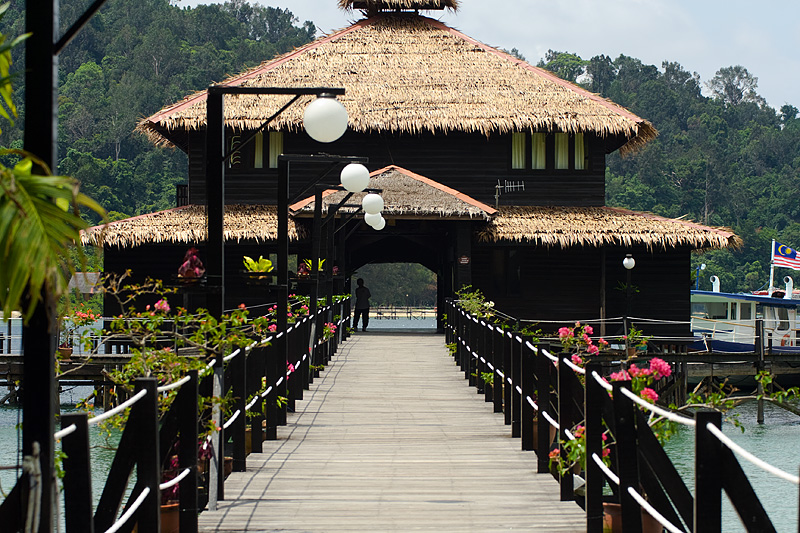 A resort on stilts offers up another pier to photograph. 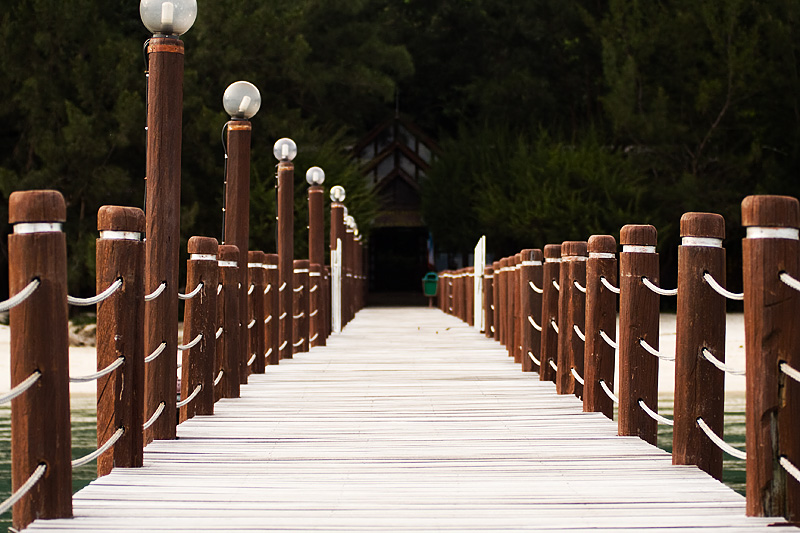 The same pier as the first but now lit by natural radiation from the sun.

I feel shame asking for your vote after this lackluster performance but here's my spiel anyway.