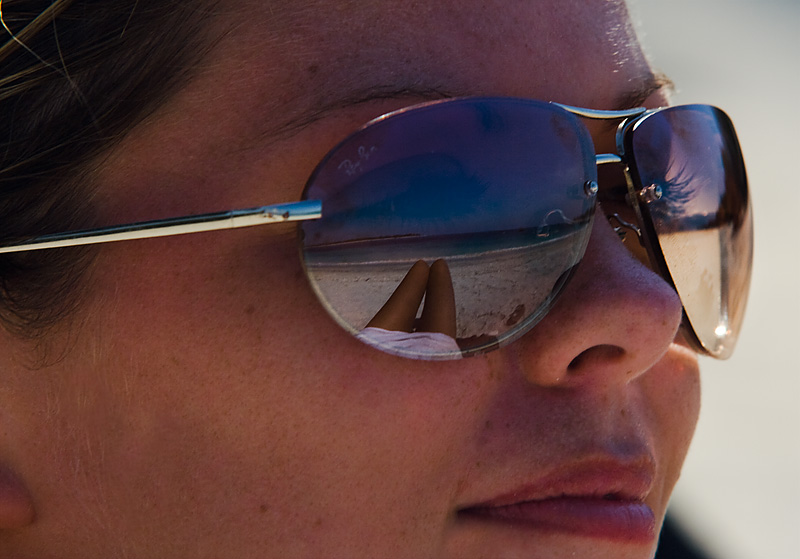 Legs and sea reflected in a British girl's sunglasses.

It's difficult to avoid that distracting patch of perspiration above our little friend's upper lip. Why do I point out such a triviality? Because that sweat was matting down an even more noticeable tuft of female mustache. I kid, I kid. This gal happened to be one of the loveliest non-pasty gals those northern islands ever produced. 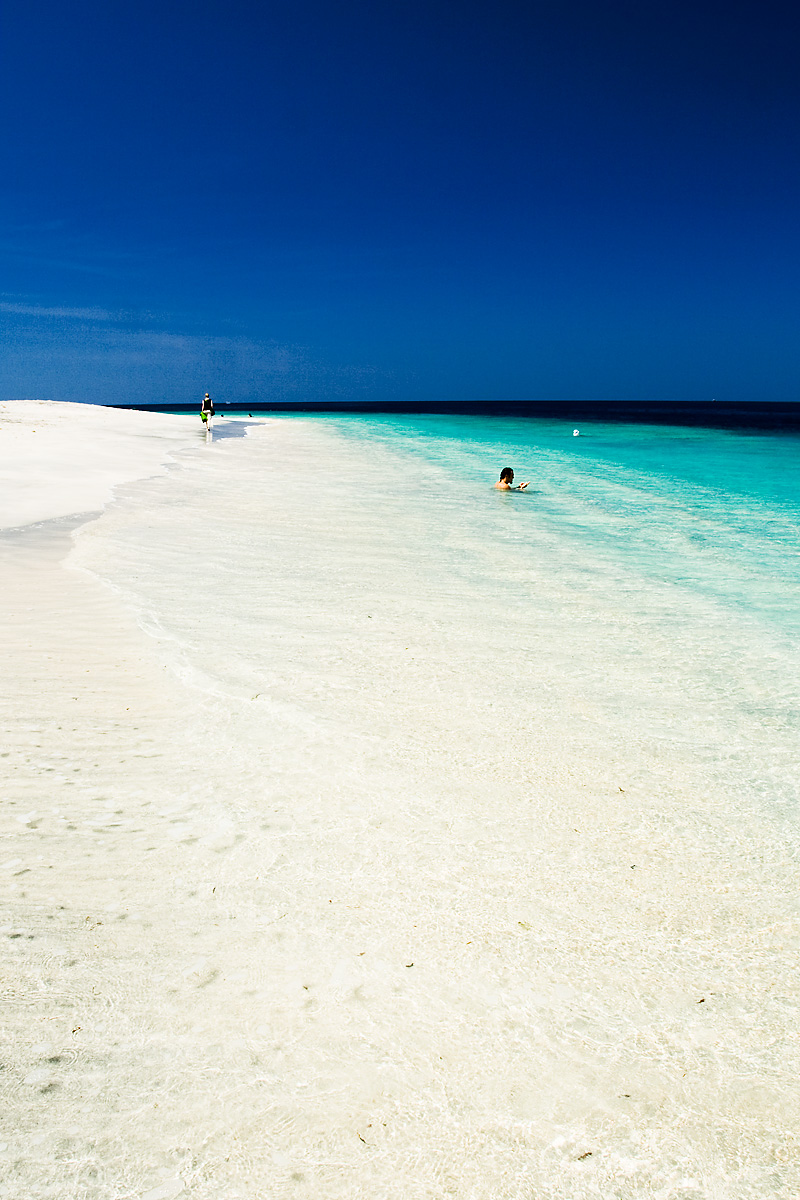 A typical beach on Gili Trawangan.

For those of you in the Northern hemisphere. Correction: For those of you in the cold, wintry Northern hemisphere, I present to you this photo gift. As the winter months ravage your tender bodies, I'll try to post more tropical scenes to help you escape your chilly climate for a few brief seconds a day. And for those of you keeping score at home, note, I'm headed on vacation (from my vacation) to a Thai island for the month of February. From there, I'll hopefully be able to post tropical beach scenes on a near-real-time basis to help you escape that last bit of dreary winter at home. 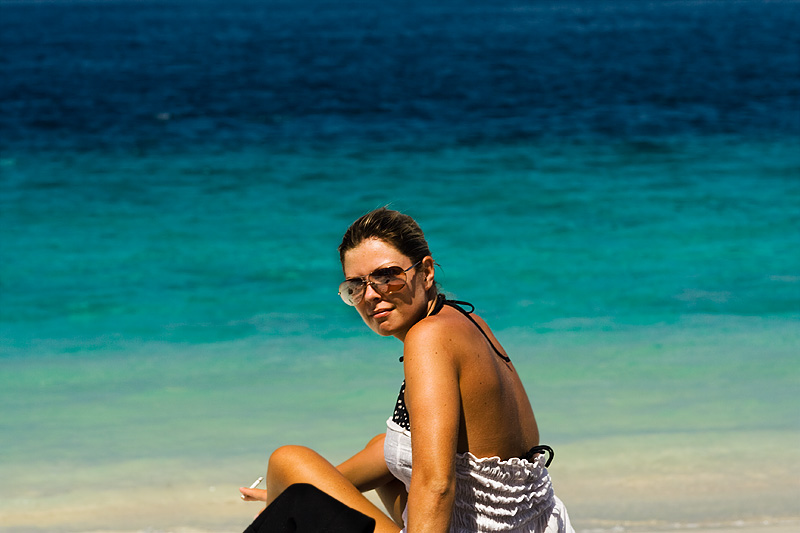 A gratuitous photo of our li'l British friend.

If you're still with me up to this point, I thank you and preemptively apologize. I thought the title "Beauty & the Beach" was a bit cliche. I nearly went with "Beauty & the Bitch" which can mean many more things than the obvious commentary on the not-so-classy personality of our British friend. For example, "bitch" could've been an insincere reference to a "bitch of a life" on a tropical island full of sand lazing and recreational street pharmaceutical use. But because she was such a nice gal, I went with the cliche in order to avoid confusion.

she's a hottie, can i get her number?