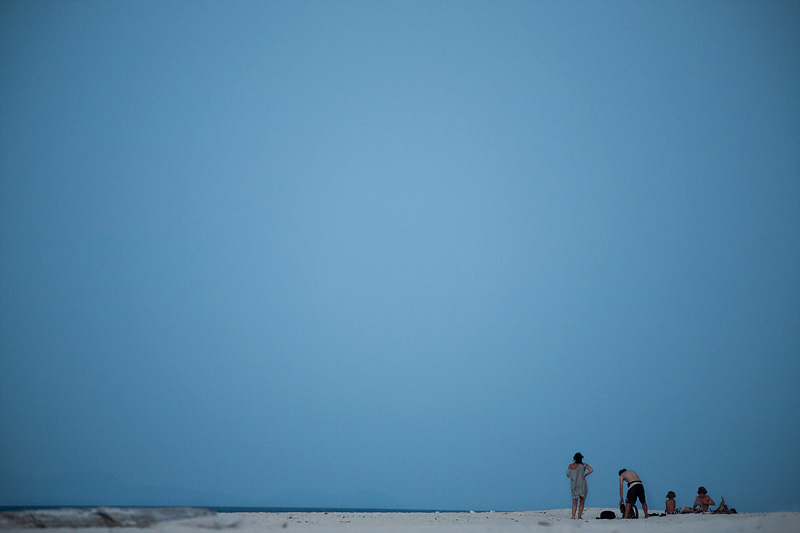 A vacationing family packs up after the sunset on Mountain Resort's beach.

It's a challenge to photograph an isolated group on a narrow beach where the entirety of the island's tourist hordes gather to simultaneously gawk at the sunset. Unfortunately, this is also the only beach that provides enough distance to capture a telephoto shot backed by nothing but the sky. It took me several trips to the opposite side of the island to capture the image I had in mind but the trouble appeared to be worth it even though my filthy sweat-matted shirt may disagree. 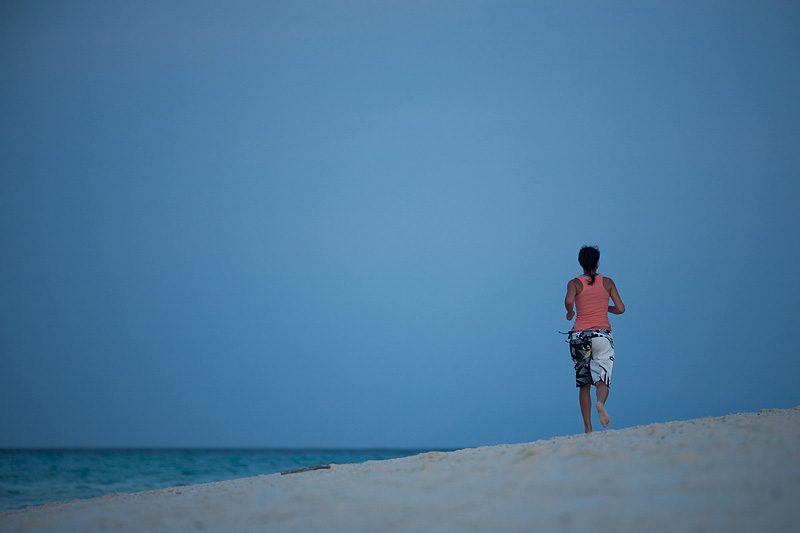 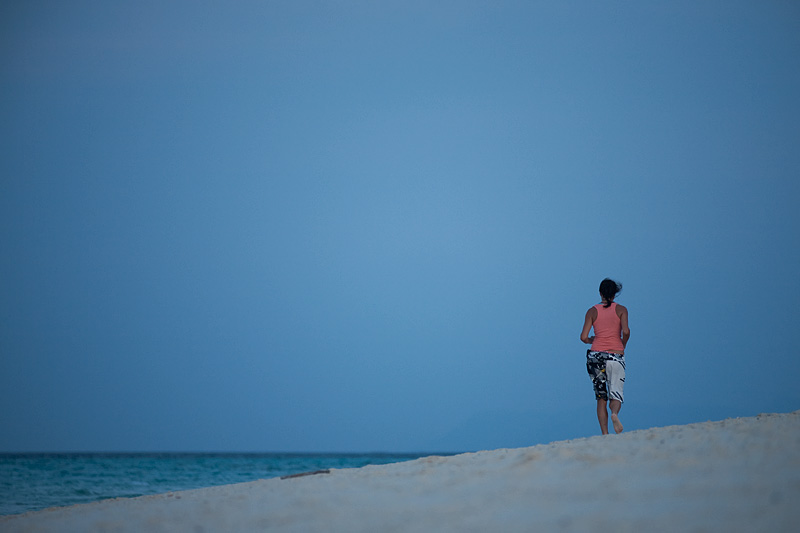 What drew me to this photo was that the natural cadence of the woman's jogging precisely matched my camera's 3 frames/second burst rate. Notice in each successive frame, the sole of the jogger's right foot is exposed. Or perhaps she hops on her left foot for evening exercise.

And on a side note, I'm curious why so many westerners who seemingly never jog on home turf find the need to jog exclusively during their 1-week beach vacation. Someone should collect data on how many jogging related injuries occur on vacation and maybe cross-reference that with the measured sanity of the person which can be further cross-referenced with their own perceived obesity and their desire to superficially prove to others that despite an outer overweight appearance, they, in fact, are healthy. "Big-boned" would be an appropriate excuse from the food-filled maw of the our vacationing jogger.