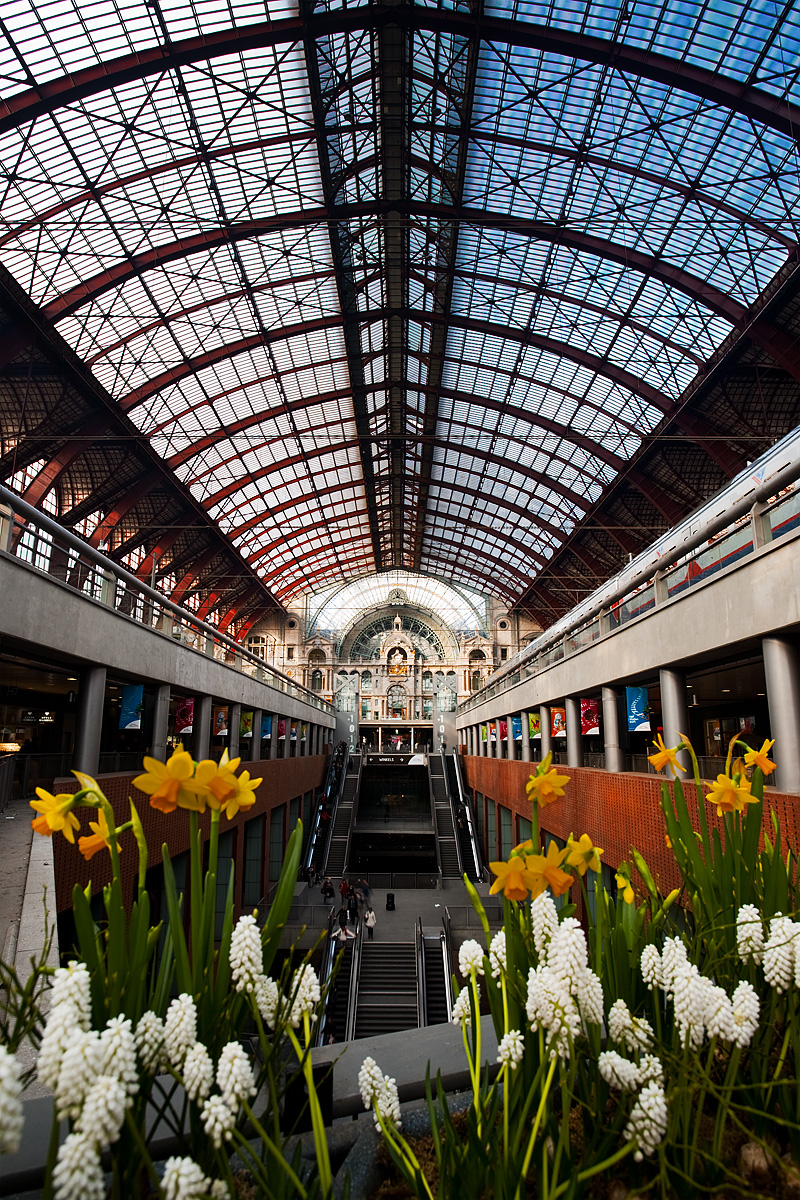 It's springtime in Antwerp however, like anywhere in northern Europe, it still feels like the middle of winter. The temperatures haven't quite broken 68ºF (20ºC) yet, generally hovering around the 55-60ºF (14~15ºC) range. Hence, most of us haven't quite yet broken out our uncomfortably tight European shorts that leave little to the imagination. I don't know about my native European neighbors but I'm chomping at the bit to wear some recently purchased shorts that show just a bit too much upper thigh. ;-) 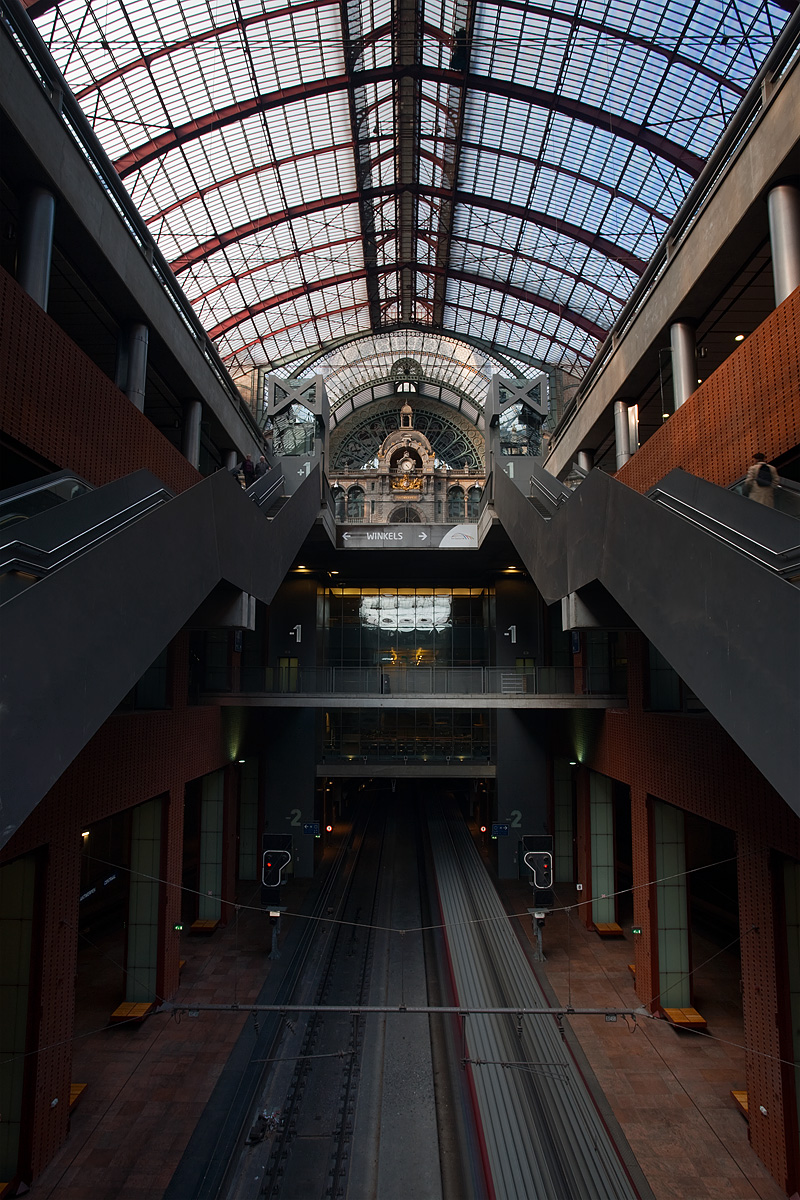 The Thalys train zips by underneath on the lowest level of Centraal Station.

During my initial entry into Antwerp, I witnessed much of the glory you see here. I was disgorged at level -2 then escalated a floor to see the exact same view you see here. Absolutely incredible! The opposite side of the upper level gray facade is the station's waiting room, the photo from several weeks earlier.