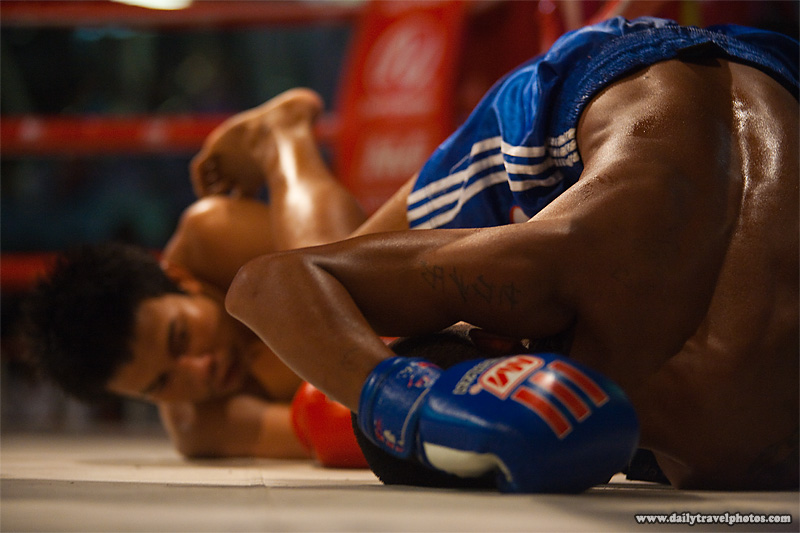 Entangled muay thai kickboxers fall to the canvas ending up in awkward positions.

There are muay thai fights (live and televised) on nearly constantly at this time of year. The heavyweight fights happen at major stadium venues and cost an arm and a leg for seats but those are the ones where you're likely to see the greatest amount of violence and knock-outs. Thais tend to be more skinny on average, therefore, much of the heavyweight action is between hulking masses of foreign humanity. 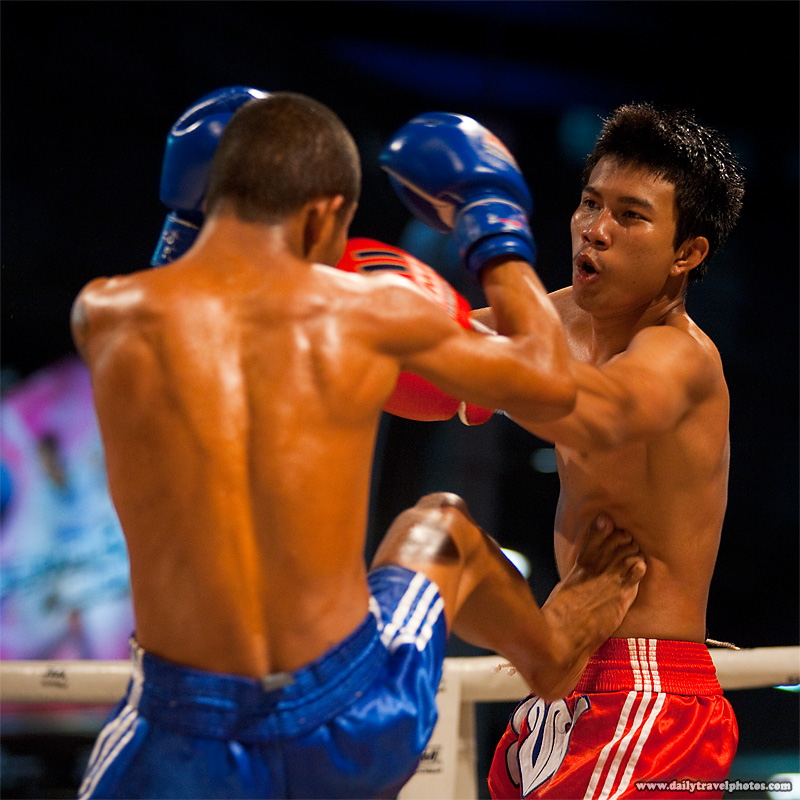 A muay thai fighter receives a kick jab to the liver.

Liver is on the left side!!

Really? I could've sworn the liver spans a large part of the chest cavity. But then again, maybe that's why I couldn't hack med school and I dropped out after half a year. ;-)