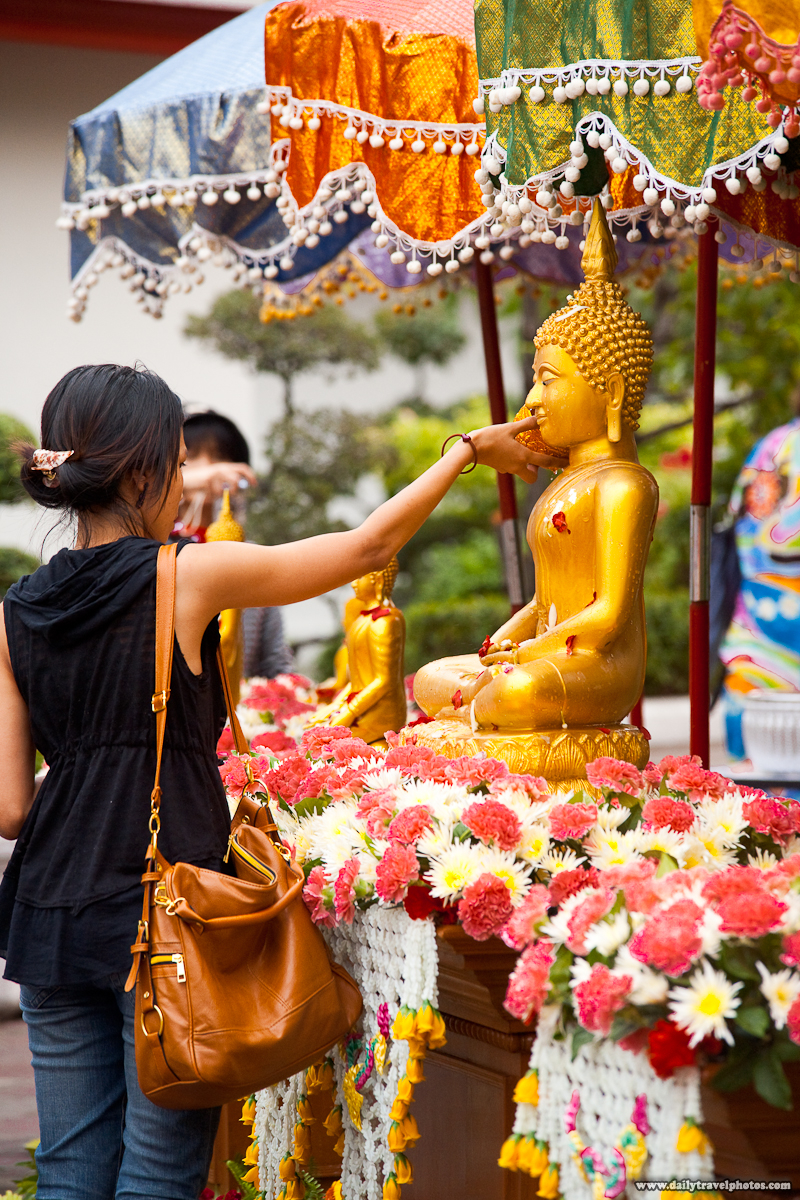 A Thai woman at Wat Pho temple rinses a Buddha statue, part of the festival tradition for every Thai new year.

Some of you are probably well aware of Songkran festival, one of the highlights of the Thai calendar. The holiday marks the beginning of the Buddhist new year, year 2554 if my last count is correct. Generally, the portion of the holiday that is most recognized is the country-wide water fight which lasts for three full days. That's three days of unavoidable wetness the minute you step outside. However, the more tradition side of the holiday involves paying respect to elders and cleansing of public Buddha statues (as seen above) to mark the beginning of a hopefully auspicious year. 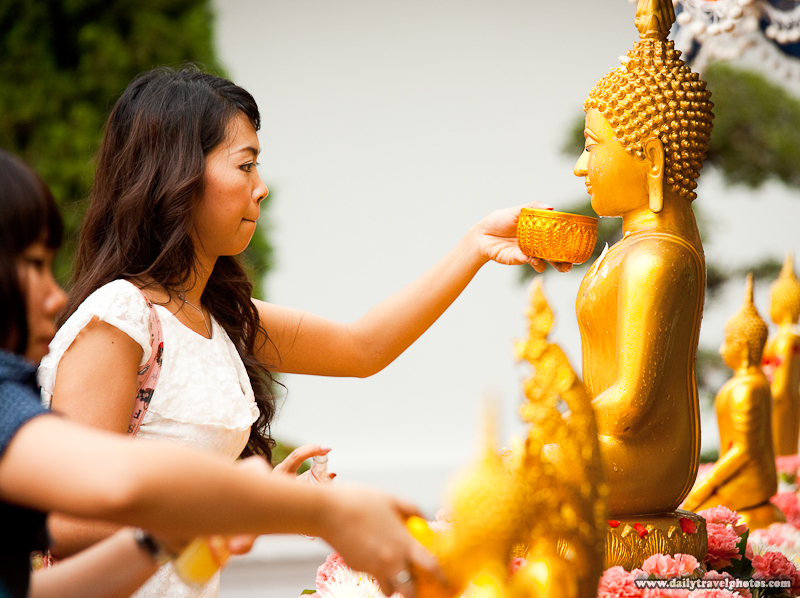 Nice photos and a nice site!