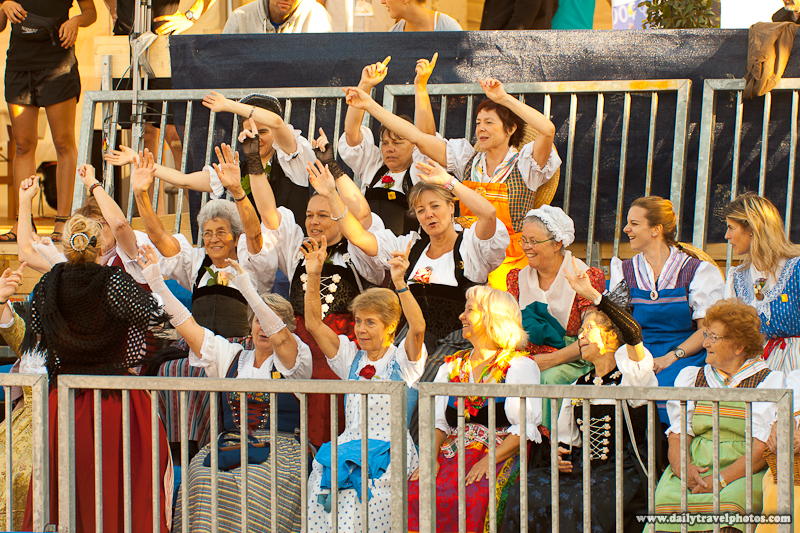 Traditionally dressed Swiss-German women create some life in the stands of the Coop Beach Volleyball Tournament in Geneva.

Most of the day, the fans in the stands were typically reserved European types with nary an applause for a good play. In fact, it was so silent during most of the matches that you could hear the players on the court actually speaking to each other (turns out they're mostly Swiss-German players judging from their language). That is, until the older Swiss-German frau's were imported into the stands. These active seniors immediately livened up the event, not only with choreographed songs, but also rehearsed cheers to get each side of the stadium more into the match. In addition, I think it's safe to say, I wasn't the only person that day who wanted to squeeze the cheeks of the cute, red-headed frau in green in the lower right of the photo.