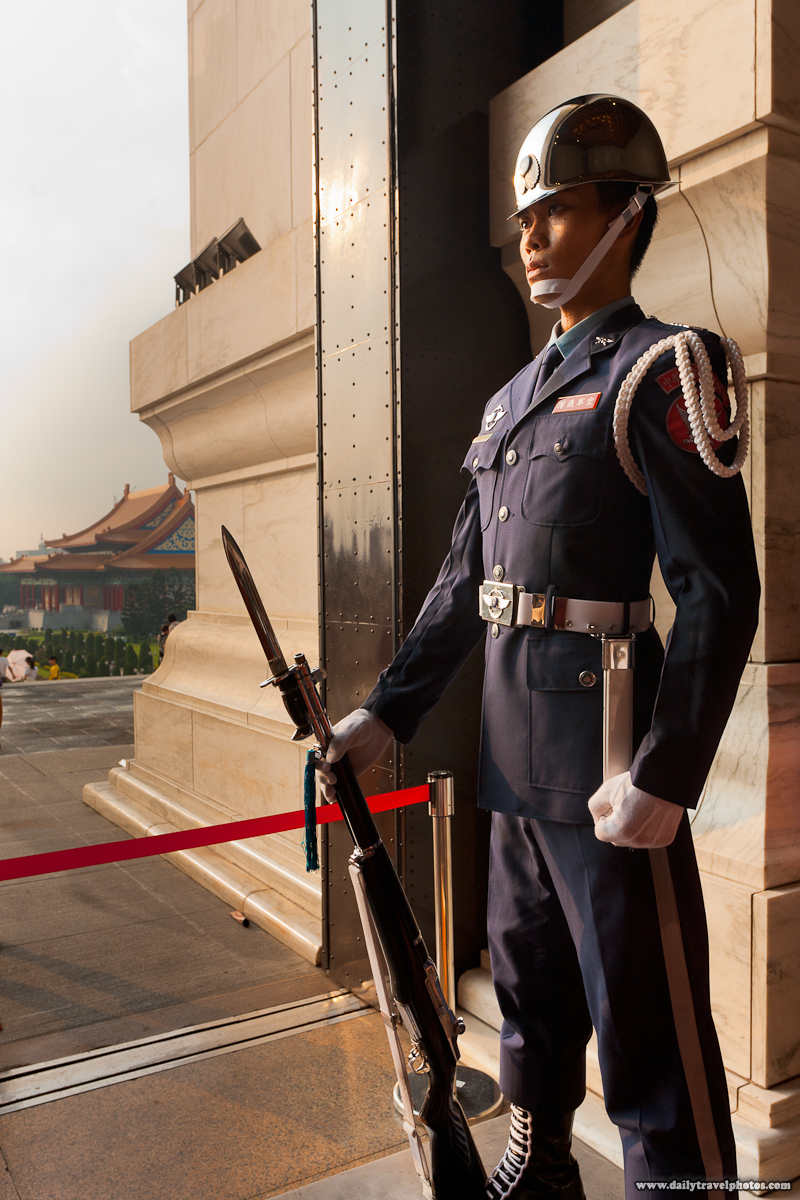 An absolutely still Taiwanese soldier at the entrance to the Chiang Kai Shek Memorial Hall in Taipei.

The climate in Taipei is muggy and constantly hot. Direct sunlight scorches the skin. That makes this poor guy's job of standing absolutely still triple uncomfortable evidenced by the pools of sweat forming from the steady stream coming down his wool sleeves and pant legs. 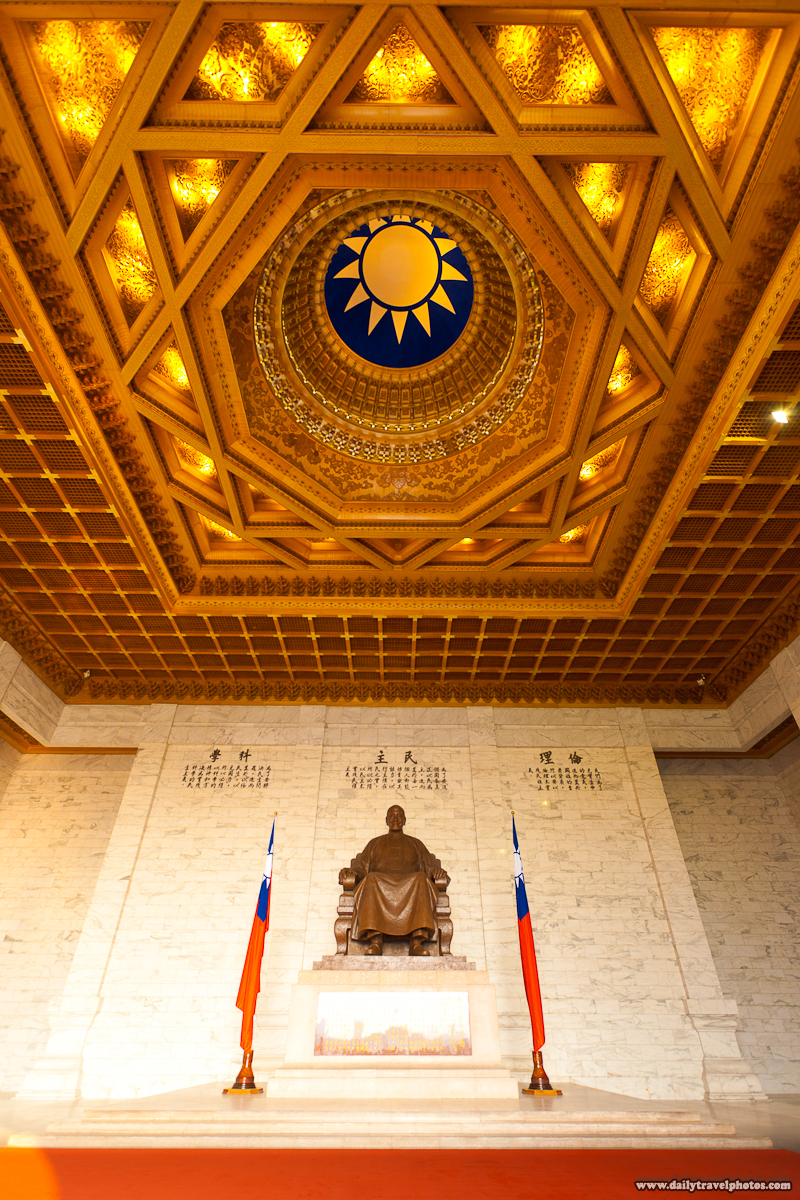