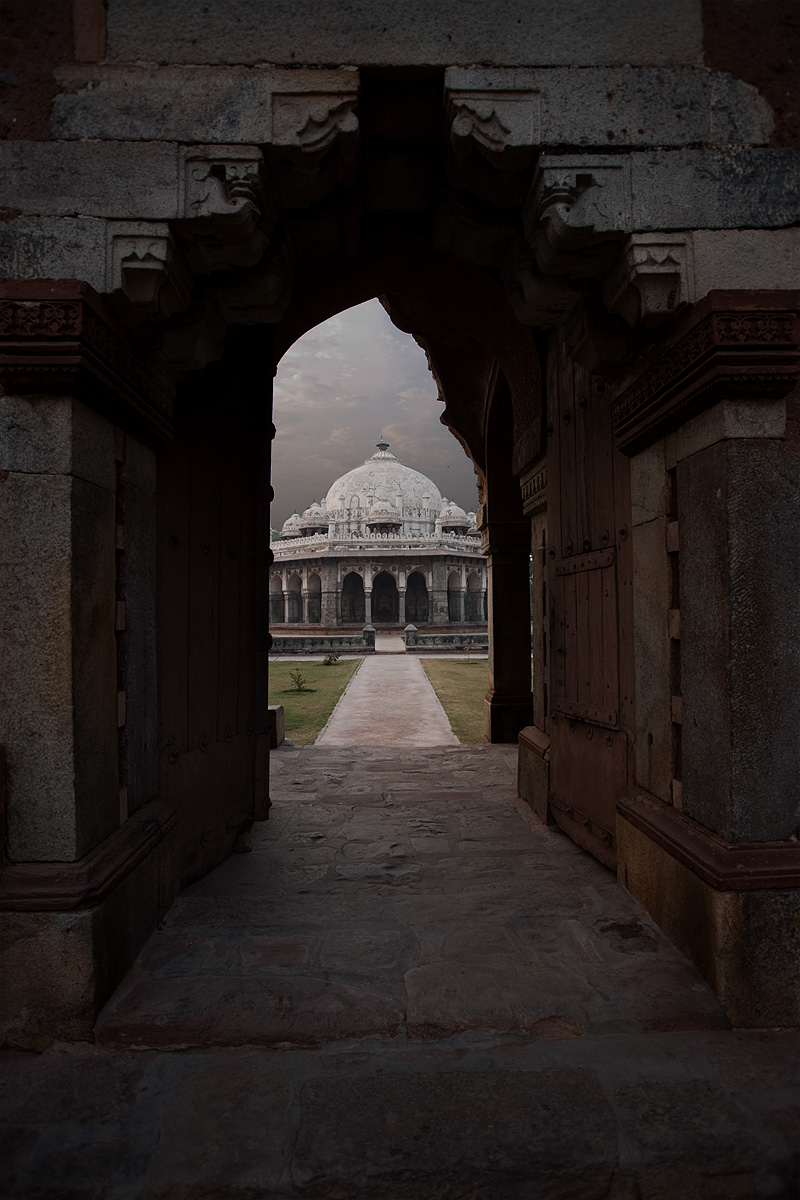 Historic tourist attractions in India are so grand, often the secondary peripheral structures can be equally, if not more interesting than the attraction itself. The Ali Isa Khan Niazi tomb holds the remains of one of the wives of a former Mughal leader. It certainly doesn't match the grandeur of Humayun's Tomb (previously showcased here) nor its architectural significance as a precursor to the Taj Mahal. However, taken simply from a photogenic point of view, this mausoleum is as beautiful as that of its more ostentatious neighbor.